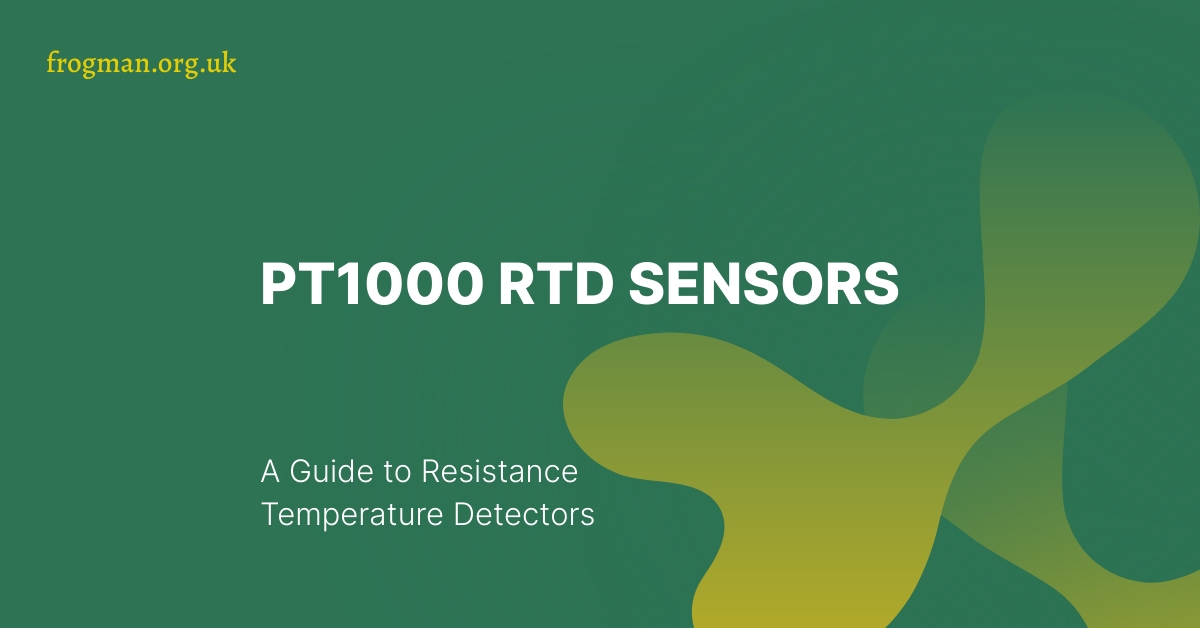 Resistance temperature detectors (commonly referred to as RTD) have become popular in today’s world due to their accuracy, ease of use and reliability. These detectors work with the principle that a change in resistance of a material is directly proportional to a change in temperature. If the temperature increases, so will the material’s resistance.
In this article, we will talk about the Pt1000 RTD sensor. We will take you through how this sensor works, its temperature range and where it can be applied.

The Pt1000 RTD sensor works in the same principle as any other RTD sensor, whereby a change in temperature causes a change in resistance of the material. Every material has atoms. The atoms vibrate because they have energy. When you connect the material to a battery, electrical current flows through the material in the form of electrons.
As the electrons flow, they collide with the vibrating atoms and lose speed. This phenomenon is what’s called resistance. When temperature increases, the atoms vibrate more vigorously than usual. The increased vibration increases the rate of collision with electrons, which increases the resistance.
Pt1000 RTD sensors have a nominal resistance of 1000 ohms at 0 degrees Celcius. An increase or decrease in temperature will cause either a drop or rise in electrical resistance.
The change in resistance follows a defined linear characteristic curve of temperature (x-axis) to current (y-axis). This curve is used to determine the temperature at a certain point of resistance.

What is the Suitable Temperature Range?

The Pt1000 temperature sensor has the same temperature range as the Pt100, and it is -200 to +850 degrees Celsius.
Both sensors have high accuracy over a wide temperature range. This factor is what gives them an edge over nickel and copper RTD sensors.

Where Can the PT1000 RTD Sensor be Applied?

Like the Pt100, the Pt1000 temperature sensor is used in industrial and process applications. Both sensors can be used in three and four-wire configurations though the Pt100 is prefered.
Pt1000 sensors are ideal for applications that have two-wire circuit configurations. They are more accurate in a two-wire connection because the reading values are higher by a factor of ten.
Generally speaking, Pt1000 temperature sensors are used in ventilation, refrigeration, motor generation and machine building.